I have been learning things from Maddy, my mother-in-law, for over 30 years.

Lately she’s been teaching me about what I want to call “micro-gratitude”: being grateful for the very smallest things in life.

Many things are hard for Maddy right now: getting out a chair, walking across the room, keeping track of the round-the-clock caretakers, and worrying about whether we really did close the windows.  But through all this, she continues to be deeply grateful for the feeling of warm water when she washes her hands.

Every time I turn on the water for her, she says “Oh thank you!” as if I had just given her a long-awaited gift.  Without fail, she tells me how wonderful it feels.  She luxuriates in the clear warm water and the ritual of washing.

I try to be grateful every day, but I tend to think of the big things, always starting with the health of my loved ones.  Maddy is teaching me that there is plenty of gratitude to go around for the little things, some of it as close as the nearest faucet.

Now that I have been Far From Home for Way Too Long , I have learned what I miss the most and it is this:

2. Being close at hand when my daughters need me

4. Wearing a variety of clothing

5. Spending time with my friends in person, including walking with Gale and having dinner with Michelle

7. Seeing my co-workers, work friends, and customers in person

11. Sleeping in a room that is cold due to winter

13. My home office with its ergonomic setup

Today I learned, from the blog of my wonderful yoga studio*, these alternatives to resolutions, quoted and paraphrased here

1. Instead of focusing on change, place focus on what is already feeling right and working well in your life.

2. “Instead of having specific goals … try the idea of a theme.  One theme could be healthy living or another could be compassion. “

and described much better and discussed in more detail in the blog here:  Alternatives to The New Year’s Resolution

What are your themes?

Let’s make something together!  Let’s celebrate posting over 500 lessons together!  I’m interested in giving away something with the link on it, and I’m thinking water bottle.

What should be on it other than the web address?   Should we use the books image on the web version?  Some other image?

Let’s do this together!  Post here or send me a message! 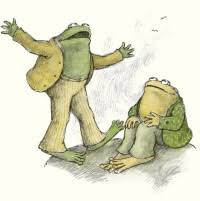 I learned about free movie streaming from Amazon and I learned it from Netflix!

Netflix started this all, when it raised its prices dramatically, splitting streaming from DVD.  That did it for me, as we weren’t using it enough to justify the new price and I cancelled Netflix.

I was happy to complete the “exit interview” the why-are-you-leaving survey, because I wanted Netflix to know that the price increase drove me away.  There were questions about how I will watch movies now, and “free movies from Amazon Prime” was one of the options.  What?  I’ve subscribed to Amazon Prime for years – the free shipping pays for the membership many times over at my house.

It turns out that Amazon Prime offers 5000 movies and TV shows, as part of something I already pay for.  Score!

Kat learned that a guaranteed reservation with U-Haul isn’t worth the ether it’s printed on.

I learned, for the millionth time, how wonderful it is to have kind and generous neighbors. With a giant van.

These are all the things I learned today about our 12-year-old gas grill:

1. How to diagnose the problem of the high-flaring back burner and where and how to order a new burner assembly from Weber.com

2. How to question my own diagnosis and call Weber and get instant instructions, via email.  On a Sunday.

3. How to disassemble and deep clean the grill, including inside the burners. And how to put it back together again in a way that it works.

4. How to cancel my order for a new burner assembly.

5. How rewarding it is to fix something we already own  Perhaps we were channeling our fathers, who both absolutely loved to do just that, on this sunny Fathers Day.

Weber rocks.  And so does Steve.  And Maddy, who held all the directions and cheered us on.

I have learned that having a hairdresser with a great outlook on life can make an appointment into a deeply philosophical, if not spiritual, experience.

From Judy and totally true!!

“I have learned that facebook is really fun on your birthday”